Doctor Warns Anthony He Will Be In Wheelchair In 6 Months If He Doesn’t Get Off His Knees!

Anthony owns Finishing Touch Floors with locations in Ocala, Florida and New York City and has 37 years experience refinishing hardwood floors. The reason why he bought the Rasp is because his doctor told him if he didn’t get off his knees doing edging, he would be in a wheel chair in six months!!

He saw our machines on the internet and liked the fact that the Rasp edged to 1/8” of the wall. Since the NWFA show in Tampa was close to his home in Florida, he came by and tested it. He Loved It…..took the Rasp home from the NWFA Show.

The pictures below are from his first job using The Rasp and……. The Results Speak for Themselves.

Anthony used the following system on the Parquet and Engineered Plank floors:

View the RASP
"Overall the machine produces a flatter floor in less time with less money being spent on abrasives and less taxing on my knees."
Anthony LiCausi
Finishing Touch Floors

I went at this job with a traditional floor sander mentality and learned as the job progressed. There was 1 room of engineered planking and the rest of the job was parquet. What I quickly learned was these floors were very hilly because the concrete was never leveled properly. I used the 100/120 segs for the first cut on the planking which I later learned I would have been better off going with the 30/40 segs.

On the parquet I did start with the 30/40 and as I quickly found out the Rasp sands totally flat so a quick pass immediately showed me the drum sanding marks from the previous persons sanding work. I slowed down and got the floor clean giving me the ability to drop to a 60 grit sandpaper. I then switched over to my buffer with a hydrasand plate using 80 grit paper going across my sanding direction which quickly cut off any sanding marks left from the 60. Using the buffer was in part habit as that’s how I would have done it with my drum or even a belt machine. Followed that with 100 grit. I pulled all the corners and I was ready to clean and coat.

The thing I found was a huge savings of not having to use any heavy grit sandpaper which cost more that the finer grits. Also that each cut with the Rasp made working with the machine easier on the next cut as the floor was flatter.

Another thing I found was I avoided the typical minor cupping of the boards where I was crossing the grain because as everyone knows going across a board will cut deeper and faster than sanding with the grain, this is a pitfall I have just had to deal with my whole career when sanding parquet or any floor that is more than just straight boards. I can’t tell you how many hours I have spent doing my best to correct this with a buffer behind my drum sander.

I also found that the large 14”x21” footprint of the Rasp actually decreased my machine time compared to an 8” machine.  Another great side effect of this machine was that I found it did not cause my bad knees to swell up like my drum sander does and that’s because my legs are not doing all the work.

Overall the machine produces a flatter floor in less time with less money being spent on abrasives and less taxing on my knees.

I look forward to using the Rasp on a floor that is at least leveled so I can truely judge how fast it works, but for my first job with it I’m happy but more importantly my customer loves the floor and therefore loves me. 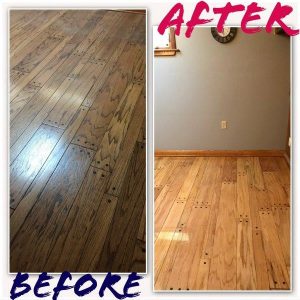 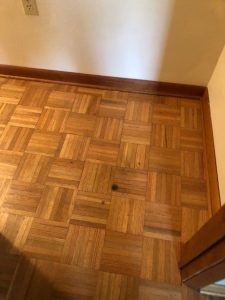 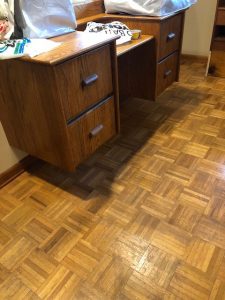 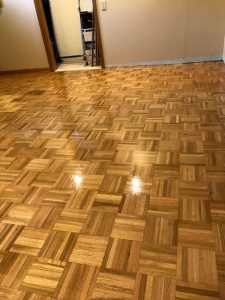 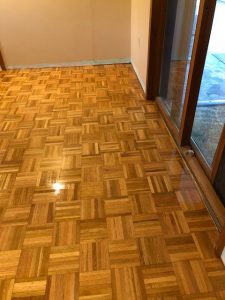 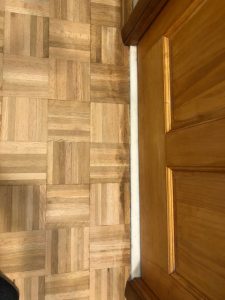 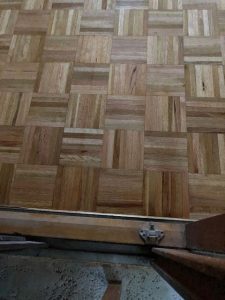 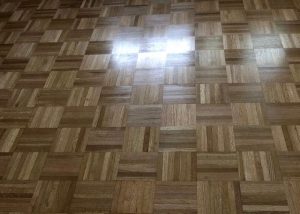 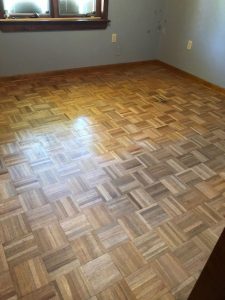 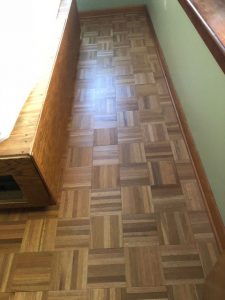 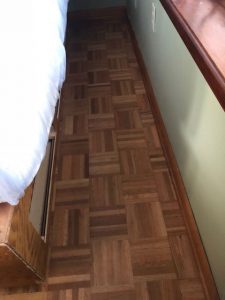 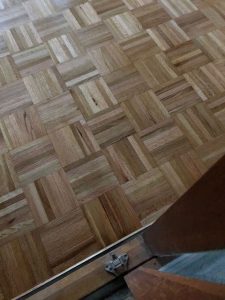 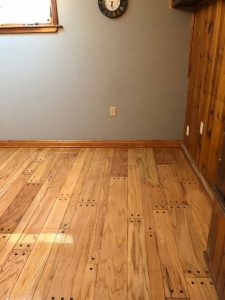 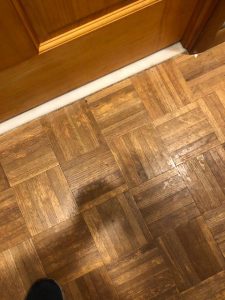 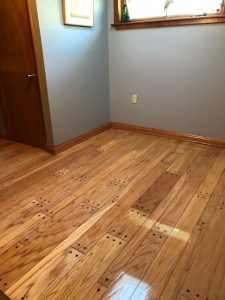 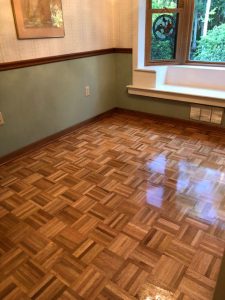 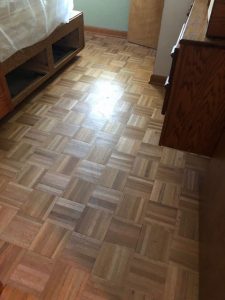 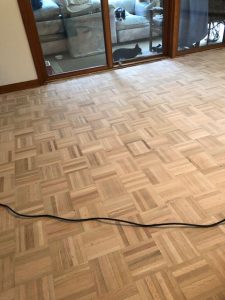 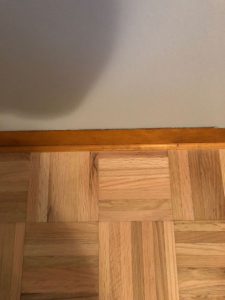 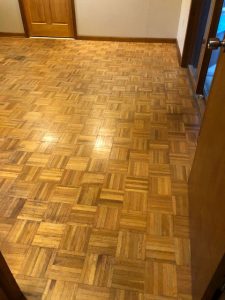 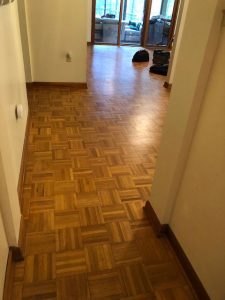 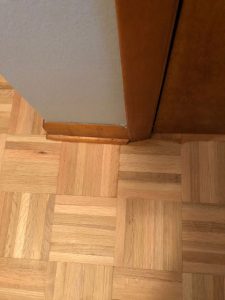 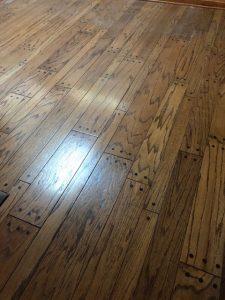 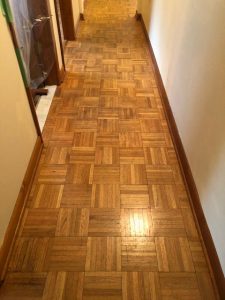 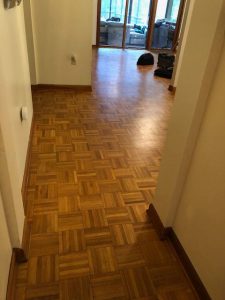 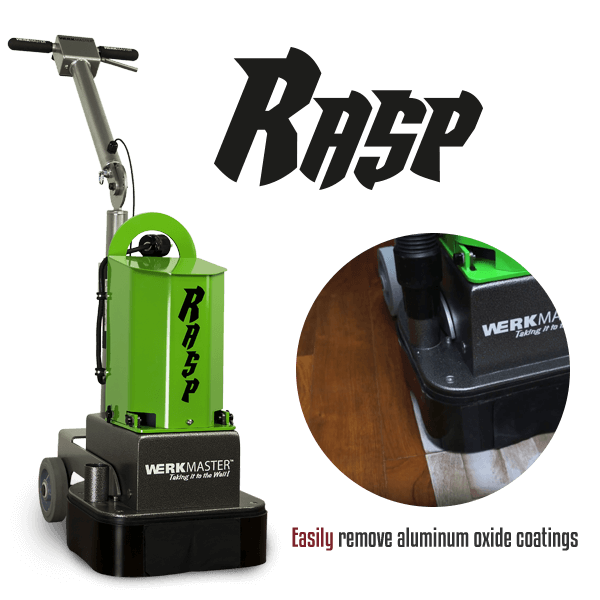 Use the RASP as an edger sander to refinish hardwood and wood decking faster and more cost-effectively than traditional machines.

Lightweight and maneuverable the RASP quickly disassembles into three parts for easy lifting and transport.